Asmodee Entertainment are excited to announce that the Legend of the Five Rings fan shop – the first in a multiple-IP partnership with Event Merchandising (EML) Limited – is now open at Shop.LegendOfTheFiveRings.com! 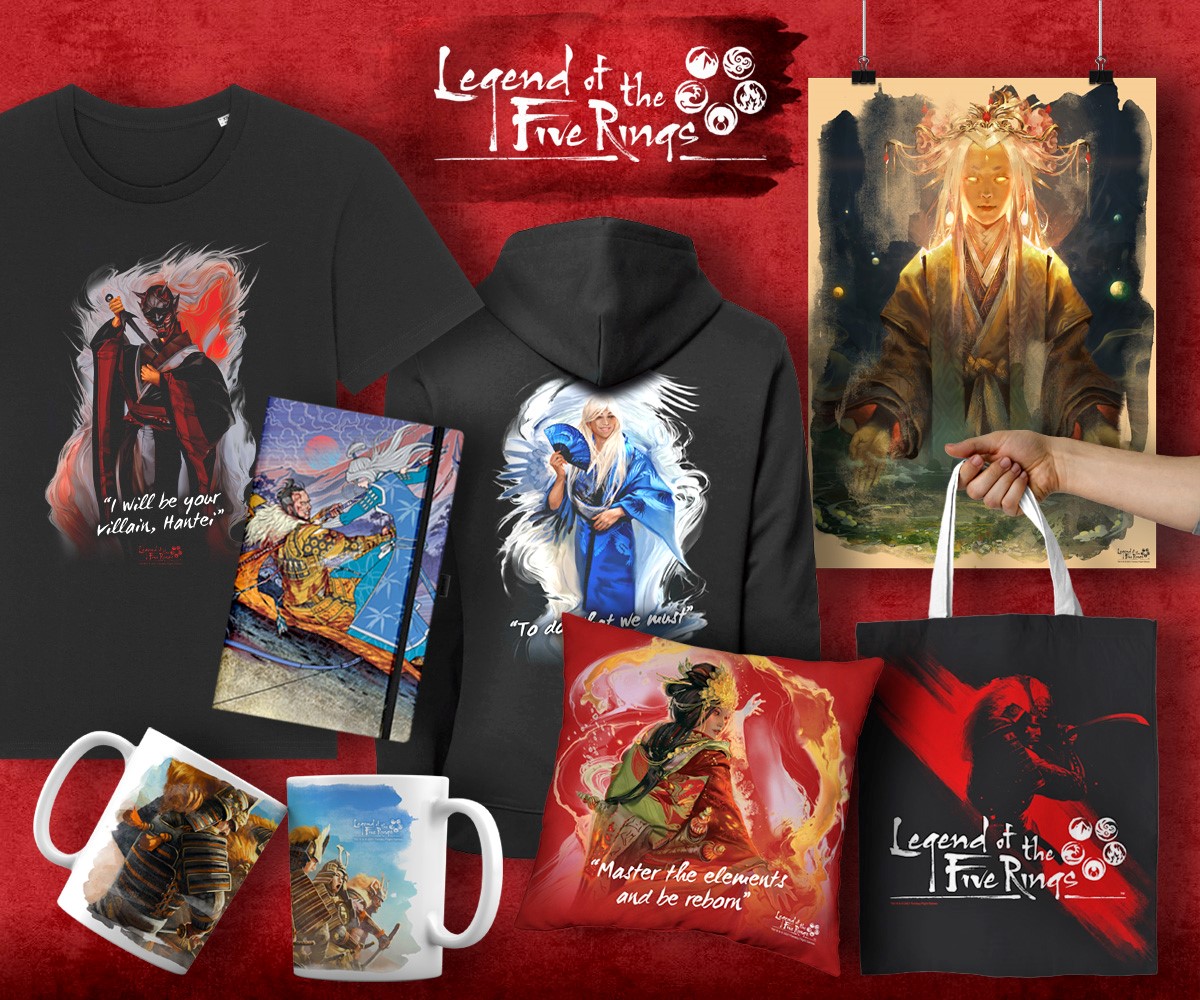 As featured in Fantasy Flight Games In-Flight report at this year’s Gen Con event in September, the fan shop is a dedicated online platform offering specially designed apparel, accessories and homewares such as pillows and mugs to fans and collectors worldwide. Legend of the Five Rings is the tale of the land of Rokugan and the rival samurai clans who fight with swords and magic.

“We’re so pleased to be able to offer so many different ways for Legend of the Five Rings fans to represent and celebrate their favourite Great Clans,” Adds Katrina Ostrander, Creative Director of Story & Setting at Fantasy Flight Games. “Whether it’s wearing your clan’s colours on tote bags and tees, decorating your space with beautiful prints and accent pillows, or recording your character’s journey in a themed notebook, this shop offers something for everyone, no matter whether you’re a fan of the card game, roleplaying game, or the fiction.”

At launch, fans can expect to see merchandise designed around gorgeous art they might recognize from the games. EML designers have worked closely with Asmodee Entertainment and Fantasy Flight Games to design beautiful pieces that include art prints, tote bags, hoodies, notebooks, and more. Fans can share their love of the Legend of the Five Rings universe or announce their allegiance to specific clans as this initial launch also includes mini- collections for each of the Great Clans! The initial collections are now available on the site and fans can expect more exciting products to be added to the store regularly after launch.

Nick Hallet the lead designer from Event Merchandising on the project said “We are delighted to be partnering with Asmodee on designing and creating a fantastic range of products and an online store for Legends of the Five Rings. There is a rich collection of artwork which has been wonderful to work with.”

EML are based in the UK and their fan shops ship worldwide while a dedicated US store is also in development. The Legend of the Five Rings is the first of a number of online fan shops envisaged under their agreement with Asmodee Entertainment. An Arkham Horror store is coming soon with more details to follow.