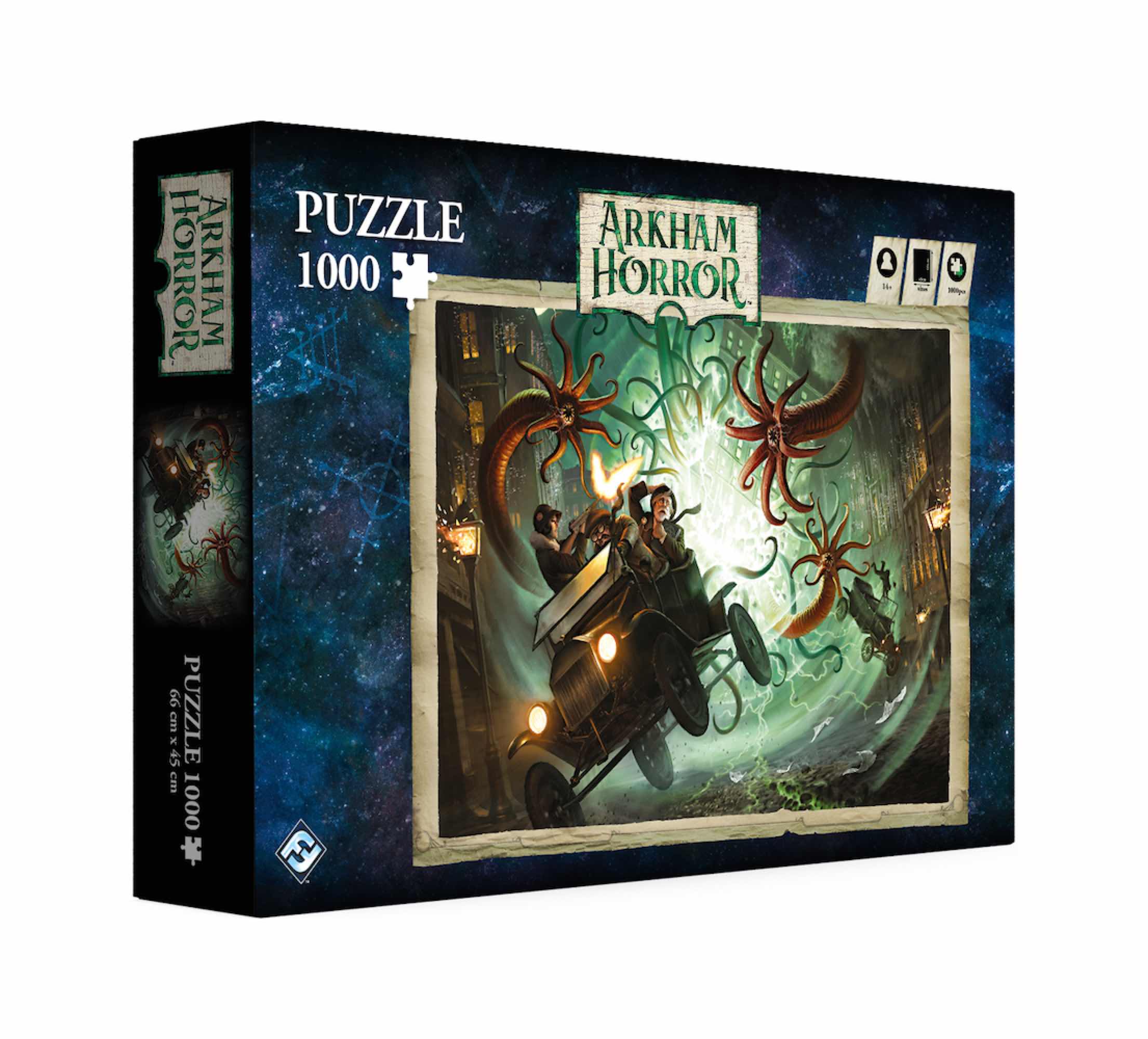 Featuring iconic artwork from some of Fantasy Flight Games and Zygomatic’s most popular games, jigsaw puzzles are in development for the mysterious, macabre Arkham Horror, the fantastical world of Terrinoth: Legends, the mystical, eastern-inspired Legend of the Five Rings, epic space opera Twilight Imperium, the colourful, madcap KeyForge and family gaming superhit Dobble. This release will mark the first time the beautiful and expansive universes of Legend of the Five Rings, Terrinoth: Legends, Twilight Imperium, Arkham Horror, and KeyForge will be represented as jig-saw puzzles. Allowing fans to engage with their favorite games in a new way!

“Jigsaw puzzles are a cornerstone of every retailer’s toys and games space, today more than ever,” Says Asmodee Entertainment Licensing Manager, Alexander Thieme. “Asmodee’s immense catalogue of vibrant, immersive, fan-favourite artwork connected to some of its key brands is a perfect fit with SD Toy’s wealth of experience in the marketplace.”

Due for release in 2022 throughout Europe and the UK, stay tuned for more details!