Asmodee Entertainment are pleased to announce an agreement with publisher ABLAZE to produce a graphic novel based on Spot It!, the award-winning visual perception game from Asmodee’s Zygomatic games studio. Spot It! (known as Dobble outside North America) is a gaming phenomenon and worldwide bestseller in the family games market. 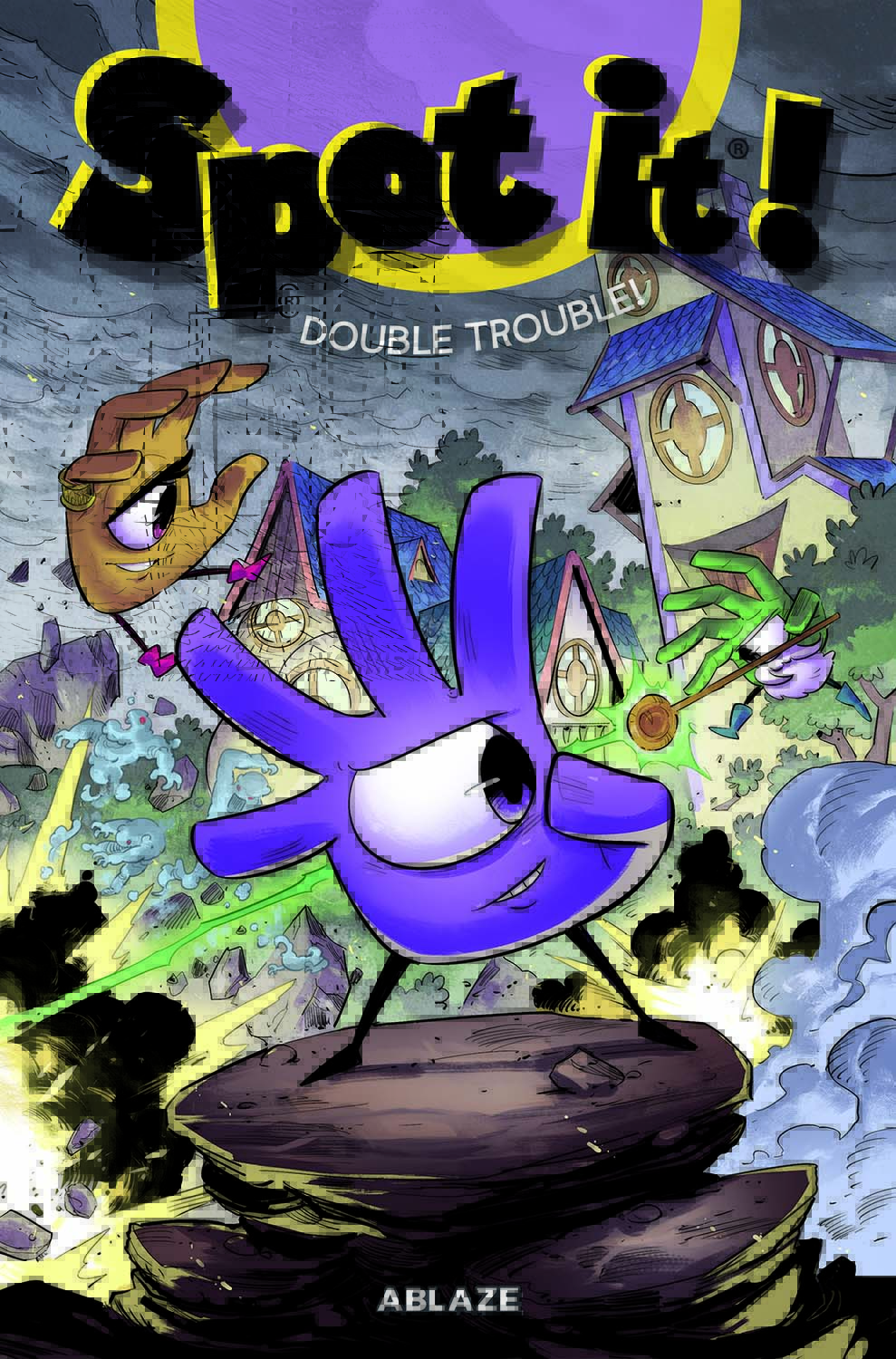 Rich Young, ABLAZE VP Creative & Managing Editor: “Very excited to be working with the team at Asmodee on this project, and on such an iconic, global brand. We are planning to deliver something unique and fun here, that I think fans of the game and graphic novel fans will both enjoy immensely.”

Characters from the game, including Dobbly, the famous anthropomorphic hand which features in the game’s logo, will appear in an original adventure story, written by Derek Fridolfs and illustrated by Gabriele Bagnoli.  Derek is the New York Times bestselling writer of the Secret Hero Society series and the Eisner-nominated co-writer of Batman Li’l Gotham, and has worked for a range of publishers including Scholastic, DC Comics, Disney, and more.  Gabriele is a talented artist, and a part of Arancia Studio, who has worked on projects like Snow White for Disney, as well as Steven Universe for BOOM, and for other publishers such as Dark Horse, Glenat and Dupuis.

“I am so very glad that with Rich and the ABLAZE team we found such a passionate partner.  Seeing the first art concepts and reading the first story bits show me that this project is going to be a very popular addition to the brand family and will bring old and new fans so much new joy,” adds Alexander Thieme, Licensing Manager at Asmodee Entertainment.

The Spot It! graphic novel will be available to retailers through Diamond Comics and Diamond Book Distributors and is due to launch in Summer 2022, with further details expected soon.