ASMODEE ENTERTAINMENT are delighted to announce that Aconyte, the fiction imprint of global games group Asmodee, have partnered with Atomic Mass Games to publish a new trilogy of Marvel novels inspired by the hit tabletop miniatures game, Crisis Protocol, starting this summer. 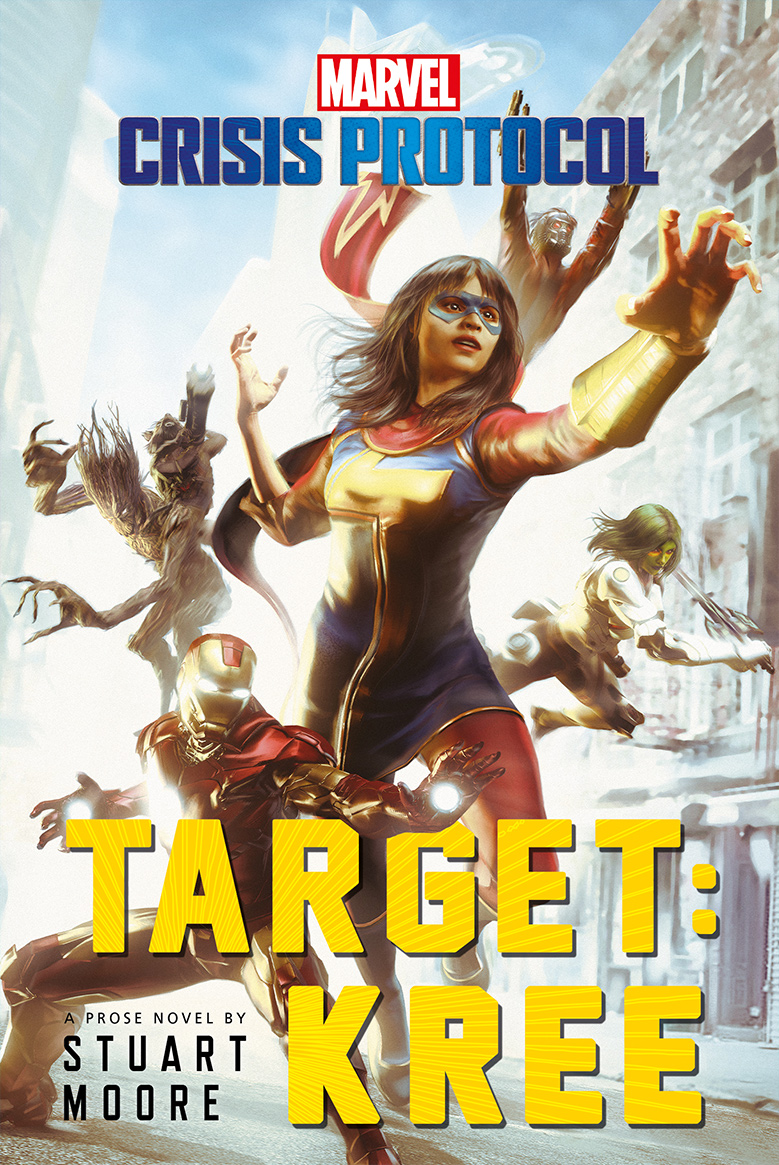 Kicking off with TARGET: KREE, the action-packed adventure sees Iron Man and Ms. Marvel clash with a few familiar faces from the Guardians of the Galaxy. Following the destruction of their homeworld, a group of Kree refugees come to Earth looking for a place of safety. But when one of their number is suspected of being the planet-killer, Tony Stark and Ms. Marvel will have to choose between the fate of the world and the people they care about.

Written by multiple award-winning author and comics editor Stuart Moore, Target: Kree will be published in the US and Canada on July 6th 2021 and on September 16th in the UK. This first book in the trilogy will be available in trade paperback and ebook formats, with an audiobook version expected to follow shortly after. A variety of translated editions are being planned with Aconyte’s European publishing partners.

Marvel: Crisis Protocol is a tabletop hobby miniatures game set in the Marvel Universe. Players assemble, paint, and collect highly detailed miniatures representing iconic Marvel characters. Players choose characters from their collections to form their own Marvel inspired dream team, and then pit their chosen forces against each other on an interactive tabletop space.

Will Schick of Atomic Mass commented: “One of the cornerstones of Marvel: Crisis Protocol is how it allows players the opportunity to create their own stories on the tabletop together within the Marvel Universe. While super powered, cinematic battles are part of fun, it’s the narrative that emerges as players control their squads of iconic Marvel characters to complete their games objectives that truly sets the game apart from any other tabletop game of its kind. With this in mind, we are extremely excited to be partnering with Aconyte to bring players and fans of the Marvel Universe all-new stories set amid the climatic confrontations of Crisis Protocol.”

At the end of 2019, Aconyte was announced as Marvel’s newest fiction partner for original prose novels, creating new adventures based around an exciting roster of Marvel’s comic book characters including Legends of Asgard, Heroines, Untold, and Xavier’s Institute. More announcements are expected as Aconyte’s range of world-expanding fiction expands further.