Founded in 2009 by Clément Miserez, RADAR FILMS is a production company of French and international feature films. Matthieu Warter, after having worked in the Financial Department of StudioCanal, became a consultant for RADAR FILMS from its creation and then partner from 2012.

The producers have already had many successes thanks to the adventure saga BELLE ET SÉBASTIEN (1, 2 and 3), L’ÉCOLE BUISSONNIÈRE, LES VIEUX FOURNEAUX, DONNE-MOI DES AILES by Nicolas Vanier or even DIVORCE CLUB by Mickaël Youn. . They have produced films in French and English – such as the film GHOSTLAND, by Pascal Laugier with Mylène Farmer and Crystal Reed and more recently THE DEEP HOUSE by Julien Maury and Alexandre Bustillo.

Their expertise in production has led them to build solid partnerships with some of the largest French and international distribution groups (STUDIOCANAL, GAUMONT, SND, PATHE, ORANGE STUDIOS, UGC…)

Asmodee Entertainment is pleased to announce that it has entered into an option agreement with prolific French Film & TV production company, Radar Films (Mediawan), to develop a feature film based on one of the best-selling board games of its generation, The Werewolves of Miller’s Hollow. 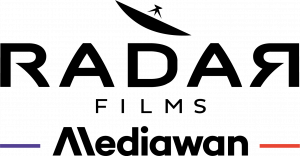